There will be no lawyer fees involved with the reparation

We demand reparation for the time our ancestors spend in slavery which was around 250 years. That payment shall be in the form of land grants and equipment and the very reasonable sum of 1 trillion dollars. The land grants will be in the states of Mississippi, Louisiana, Alabama, Florida and Georgia.  In those states we are already a third of the population. In Mississippi we are 38% In Louisiana we are 33% in Alabama 27% in Florida 18% and in Georgia 33%. The land will be used to build hospitals, schools, administration buildings, homes and especially farms.

The 1 trillions dollars will be of no loss to the united states as much of the functions and responsibility for running the above 5 states will be transferred to our care. The government already spend more then a trillion dollars on infrastructure and administrating of those states. We will continue the private capitulation system until we evolve into a more perfect system. The total amount of wealth that the slaves generated adding interest is said to be $97,100,000,000,000. So a trillions dollars is a pittance.

We will eventually print our own currency backed by our ingenuity and inventiveness and power. For what else is backing the dollar. After it went off the gold and silver standard it retained in God we trust. In the mean time the 1 trillion U.S. dollar will be deposited in the federal bank of the nation of Ptah. That money and the new money generated  in taxing our citizens will be used to run our government which may include a defense system of a Air Force, Army and Navy, Border patrol, and coast guard as well as a police force. Also we will finance Hospitals, school and administration buildings. We shall also give out loans to farmers and other businesses such as car dealerships and banks and construction as well as big retails stores.

We also will continue with a more thoughtful well-fare system, such as social security and health care and a more just court system.

We will trade with the united states and any other country that wish to trade with us and align with us peacefully.

Our motto will be that of Marcus Garvey : one goal, one aim and one destiny.

The reparation must be completed by August 21, 2020. For our ancestors to be in peace.

"Do you hear the voices calling

from the lone and musty grave

urging us to note the toilingd

of the poor neglect slave?."

Our Anthem will remain that of James weldon Johnson. Lift every voice and sing til earth and heaven ring,  ring with the harmony of liberty, let our rejoicing rise, high as the listening sky.

Through other Black people may benefit, our primary benefit is for the millions of Black people who are the descendants of the American slaves. For some odd reasons the floodgate was open up for black immigrants from other countries to migrate here. This just happen in the last 20 to 30 years time. We love all of our Black people, however the main beneficiary will Be Black people with deep roots on these American soil.

This money will not be a handout even though we will take care of our sick and needy. In starting a new nation there will be much need for employment. Those too lazy to work will be ferreted out for then there will be no excuse for not working. An example of new nations breaking off of old ones is South Sudan, Pakistan and others. So this will not set a new precedent.

Genesis 15:13-14 13 And he said unto Abram, Know of a surety that thy seed shall be a stranger in a land that is not theirs, and shall serve them; and they shall afflict them four hundred years;

14 And also that nation, whom they shall serve, will I judge: and afterward shall they come out with great substance. 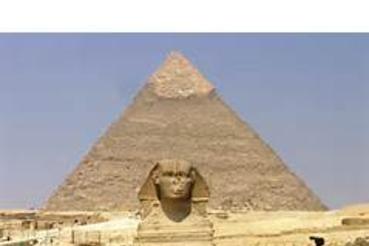