‘Kill all white people’: Suspect in killings of five white men made threat in 2014

The 22-year-old man suspected of shooting five middle-aged white men since last year — including four on south Kansas City walking trails — threatened in 2014 to shoot up a school and “kill all white people,” according to court records.

Fredrick Demond Scott, who was charged Tuesday in two killings and named as a suspect in three more, made those statements in January 2014 at Center Alternative School, as documented in a municipal citation for harassment. 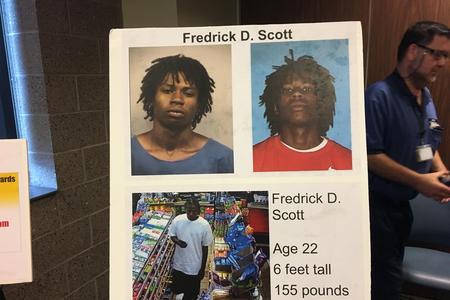